Changing the Rules of the Game in Snow Plow Parenting 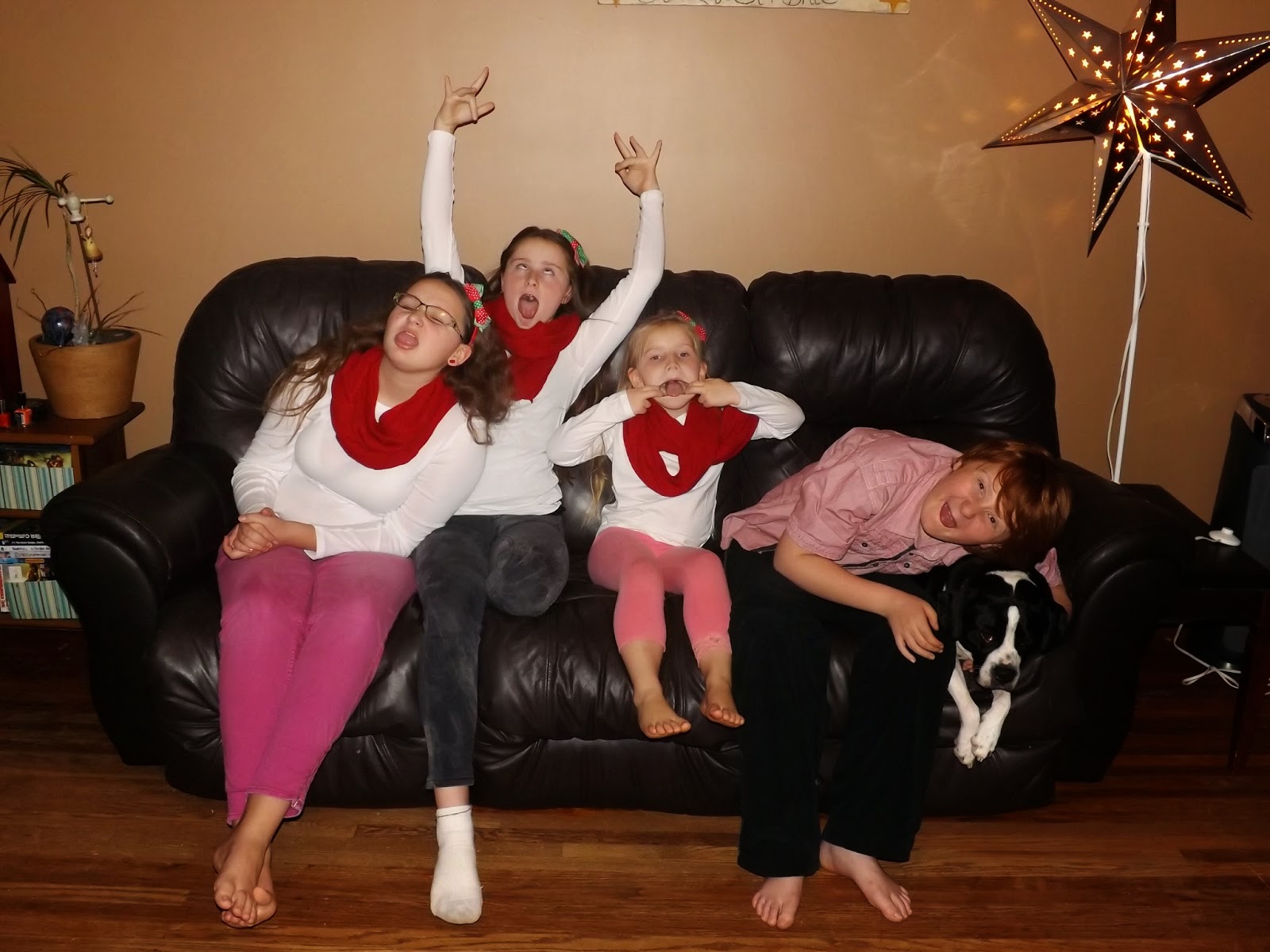 Have you ever read something that not only set off that light bulb, but actually glowed so bright it blew a fuse?  Recently I had one of those moments that so surpassed an "uh huh" moment.  A friend had posted an article on facebook.  I don't normally read these things, normally I just scroll on by.  For whatever reason I read it.

http://www.illawarramercury.com.au/story/1351339/coddled-kids-paying-high-price-expert/
Holy Cow!  How did that guy know so much about me without ever meeting me?
My children are my life.  I have said this so many times that I feel like a broken record, but I am a stay at home mother because my children are my life.  Christopher and I decided that it was worth the financial struggle for me to stay at home, and for us to be a one income family.  It was important to us that I was able to be at home and to make sure that there was a healthy hot meal on the table at night.  It was important to us that if they were sick, I was here.  Please don't mistake this for pretending that working mothers don't want those same things for their children, or that all of them were not able to achieve this and work.  All to often Stay at Home Mothers and Working Mothers play this stupid jealous game where we resent the other.  Out of jealousy the Working Mother says that she too would love to stay home and sit in track pants all day, but how could they afford to live?  The Stay at Home Mom in jealousy says it must be nice to pay someone else to raise your children for you.  The thing is that being a stay at home mom is a sacrifice, being a working mom is a sacrifice, instead of being jealous, just be happy in your choice, and respect the choices of others.
Growing up my family struggled.  I wanted my children to have everything that I didn't have, and then some.  I am pretty sure that I am not alone in this one.  Most of us want better for our children.  I am a bubble wrap parent, I want to shield my babies from pain, from injustice.  I forget that pain and injustice form us.  Failure is what helps us to learn.  If we don't make those mistakes, then we don't know what we actually have.  When I look back at my life, all those struggles, those failures, mistakes, injustices, they made me who I am.  I am trying to deny my children a basic right, the right to be wrong, to get dirty, to make mistakes.
At night in the dark, my husband and I lay awake talking.  This is our time to discuss the days events without little ears.  We discuss our failings as parents or our triumphs.  More often than not we talk about why our children seem so ungrateful.  When I think about it, sitting here it seems more like whining.  "I give them everything, and they appreciate nothing!"  Although this is whiny, it's also true.  My children are ungrateful, but it's my fault not theirs.  We have handed them everything that they have wanted, and expected nothing of them in return.  They have never known what it is to do without, so how can they possibly know what it is like to be truly grateful?  I don't let them fail, so how can they thirst for that desire to win?  It is like asking a child to be grateful for the sun, when that is all they have ever known.  We have broken our children.
I am going to change the rules of the game, mid-game.  This bandaid is going to hurt them when I pull it off, but it's for their own good!  I am going to allow my kids to fail.  I am going to root them on from the sidelines, but let them make mistakes, get dirty and God forbid fail.  In other words I am going to let them live their own lives.  I'm not pretending that this will be easy, or quiet and painless.  Wish me luck!
Posted by Unknown at 11:39 1 comment: 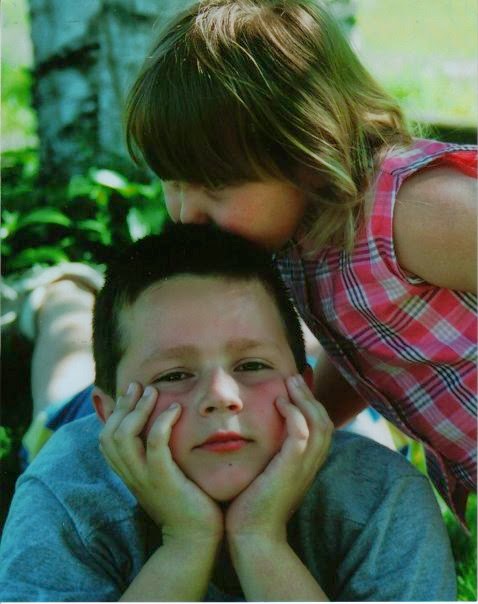 It has been 10 years now that the world has been without my beautiful little boy.  Time has softened the rawness of it, and yet for some reason this year the fact that has been 10 years has reopened the wound a bit.  I wonder how it can be that my tiny five month old twin babies have now become older than their big brother who was nine years older then them.  Gabriel's three younger siblings have now surpassed him in age.
In the beginning I played a cruel game with myself.   I have long since stopped the game of "What if".  For years I played the "What if Game".  "What if I hadn't take the kids to the movies?", "What if that stupid deer had not come in front of the van", "What if there had been no black ice", "What if I had just hit the deer and not braked", "What if those boys had not been going so fast", "What if those boys had been paying attention and seen us, like the car in front of them had", so many what ifs that make no difference to the outcome.  I have long since stopped torturing myself with the "what if" game.  I also no longer play the "what would he be like now" game.  "Would he have been handsome", "Would he have a girlfriend", "Would he have gone to university", "Would he have been taller than his Dad now", I would see other children that looked around his age, see them doing things and wonder what Gabe would have been doing.  I no longer torture myself with that game either.  Now it is just the longing, the missing.  I still miss that smile, that laugh, that funny little boy.  If I close my eyes I can almost imagine that he is standing behind me, about to wrap his little arms around my shoulders and settle his chin on the crook of my neck, like they were puzzle pieces that were meant to fit.
In the 10 years the pain has lessened to a tolerable amount.  I still miss him, but I don't want to sob every day.  I no longer drive around screaming in my car with the windows up tight, lest no one thinks me to be insane.  I no longer look at other people's children and wonder why it was mine who was taken, mine who was so bright, who was so kind, had such an amazingly bright future in front of him.  The pain still comes, but with less cruelty to it.  It no longer draws blood, but scratches a bit.  There are the times when I know that life will be difficult.  I know that beginning in December, until his birthday on February 2, it will be hard.  I know this and I prepare myself for the onslaught of pain.  All of this said there are still sneak attacks.  Sneak attacks are the times when something will bring the pain out of the blue, a smell, a sound, sometimes nothing at all.  The sneak attacks are the hard ones.
I have found the 10 year anniversary of Gabriel's death to be a sneak attack.  Christmas snuck up on me this year, I was so busy that I forgot to prepare myself for the pain.  Christmas came and went with such a flurry of activity that I did have time to feel the pain of missing my little man.  It was a few days later that the pain smashed into my unprotected walls.  It was a sneak attack.  I was unprepared for the degree of pain and loss I would feel.  10 years is a long time, and I think that is what is the hardest part of this, this year.  It has been 10 years.  I forget what his voice sounds like.  I forget how he smelled.  I am terrified to forget what he looked like.  I am not just mourning his physical loss, but now I mourn the loss of his memory.
Right now is a very difficult time, but this will pass.  In the beginning I wondered if I would ever again feel joy and not feel staggering guilt for allowing joy to creep in.  I do not feel the edges of sanity being slashed away with the grief as I once did.  Most days I can feel like an ordinary mother, an ordinary wife.  Most days I wear my strength like a badge of honour.  I passed the most horrendous test a parent can live through.  I passed with minimal damage.  I came out stronger with more focus, determined to be a better mother to my living children.  Perhaps this overwhelming drowning grief I am feeling is actually in some deranged way a gift.  It is a gift to have loved someone so much that it feels like when they went they stole a bit of your soul.  How many people can know that they have loved anyone that greatly.  To have loved him that greatly and to feel his loss so deeply means that I had something wonderful to loose in the first place.  My child, my stolen boy was a gift.  He taught me how to be a mother.  He taught me patience and compassion.  He filled my life with joy.  So for right now I think I will just allow the grief to take hold, to let it leach at me.  I know that if I can live through the nightmare I lived through, I can manage this.  I just need to give myself permission to feel the bad as well as the good.